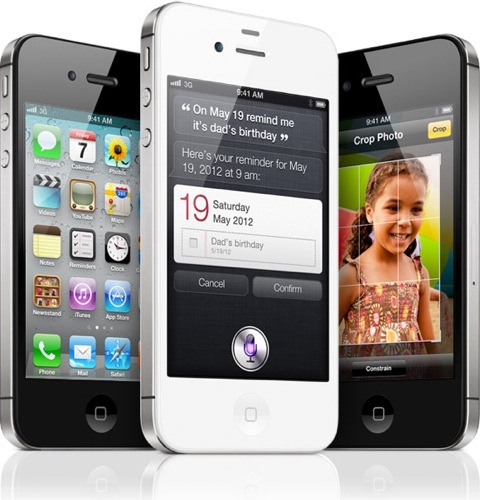 There was a lot of backlash, from what I understand, which seems…silly? I think that’s probably the best word to use right now. Silly.

See, the iPhone 5 was supposed to have all these amazing features, like a dual-core A5 processor, a higher-resolution camera, and image stabilization when shooting video. It was supposed to do all these amazing things with even better battery life, too. What a product! Yet, what we got was…the…wait let me check on this…we got the iPhone 4S…thing…with a dual-core A5 processor, higher-resolution camera, image stabilization, and something called “Siri”. Ok? But this silly piece of hardware is…well just look at it! It looks the same as the iPhone 4! And it’s called the iPhone “4S”. PEOPLE can you hear what I’m saying? It has a four in the name. Four is not five, my dearies. This is clearly a disappointment.

Let’s talk about what’s NOT in the iPhone 4S:

I think that about covers it.

Seriously, though, the next iPhone is revolutionary. Not because it looks like an iPod touch, but because it’s basically an iPad 2 in the palm of your hand.

I don’t think it’s time for a chassis redesign, and I’m glad they stuck with the iPhone 4’s slick glass and steel thing. There’s so much more in there, and all it will take for people to understand the beauty of the iPhone’s new guts is moseying down to their local crystal palace (aka Apple Store) and fiddling with the thing for five minutes, in which time they’ll realize that they can be twice as productive with this new pocket computer than they are with their current one. Game, set, and match.

Singing in the Rain

When the MacBook Air came out last year with its super-sexy new design and blazing fast SSD, I knew I was in trouble. It’s hard for me to resist the siren call of a new Apple product, but it’s even harder when the thing looks and performs as well as that li’l guy. I was even looking to upgrade my Mac Mini, and saw that as the perfect opportunity to dive into something portable. Since that day, I’ve had to fight off the urge to buy one nearly every single day.

Then I realize that I have an amazing iPad 2, and I the conversation with myself ends. I don’t need a laptop, I already have an incredible machine. Sure, there are shortcomings, and there are certain incompatibilities here and there that make it difficult and/or frustrating, but by and large the experience is incredible, and very freeing. I have something with me at all times that I can use for *gasp* serious work (almost every blog post I’ve ever written has been with the help of an iPad, and all of my Grad school papers come from this tiny beast) as well as having fun and playing games. Truth be told, this is the best computer I’ve ever owned, and the reason is baked into the OS.

A while back, I went to the Apple store to ask some questions to the friendly folks there about the MacBook Air, to see if I should choose that over the Mac Mini. I came away with this realization: if you already have an iPad, skip the MacBook Air, and if you already have a MacBook Air, skip the iPad. They’re pretty close in form and function, anyway (despite one being a “laptop” and one being a tablet). The reason I say that is because of the use-case. People buy a MacBook Air because they need a computer that is:

The MacBook Air is that machine, among other things. So is the iPad, however, and I’ve found that the pseudo-multitasking of the iPad is far more preferable to me when I’m working because I know that the apps won’t crash, won’t interfere with anything else, and won’t start to bog down. The’re lean, simple, and engage me physically, why I need when I’m writing. The MacBook Air is essentially redundant…except that it runs the full MacOS, instead of iOS. This seems great, until you start trying to manage multiple media libraries, apps, save files, etc. Then it gets to be more of a pain to work with MacOS than an iOS device. But wait…the new version of MacOS, Lion, looks and behaves a LOT like iOS, doesn’t it? I mean…Apple expressly talked about the similarities in their “Back to the Mac” event. So then there’s this:

Most people had dismissed that rumor due to the compatibility issues that would be introduced with such a transition. Another major issue is that while ARM processors are more power efficient, they presently offer significantly lower performance than their Intel counterparts.

Sure, an ARM-based A5 wouldn’t make sense running MacOS…but what about iOS? Let’s even blow it up a bit and look further down the road a year or two. Let’s focus on a time in the not-too-distant future when iOS and MacOS start to merge, when the distinctions between the various Apple OSs start to become blurry. Then, ARM chips would make sense. They sip power, and (currently) iOS sings on those chips. It’s built for exactly that type of chipset. The two work in perfect synergy, and you can bet that Apple is spending a lot of time making sure that, when it’s time to make that jump, that they’ve gotten the whole machine tuned and tweaked so the transition is beautiful. If you look at it that way, it makes a whole lot more sense to be using ARM-based chips for your supermodel MacBook Air, while the MacBook Pros would still run Intel chips due to their more “Pro” nature. I’m willing to be dollars to donuts that most people are going to start shifting away from MacOS “Classic” and will absolutely love the new look and feel of Lion. Who knows, maybe the Mac OS “Classic” look and feel will persist, while everything else will run some new version of iOS that is fully scalable across any hardware, much like HP is planning to do with their new version of WebOS.

Although not mentioned in the most recent rumor, one of the largest features may be over-the-air updates that would finally make iOS independent of a computer for all but backup and local media syncing.

So…like a “real” computer? Can you see it? Can you see how the walls are disintegrating? The distinction between a “mobile” OS and a “desktop” OS is not as clear now, and I think the lines will continue to blur.
And this, too:

Talk of Apple using Nuance voice commands in iOS was already supported recently by code mentions in Lion. Most also presume that Apple’s cloud music service may play an integral role in the new mobile software.

So we can infer here that iOS and Lion are very closely related (doesn’t take a rocket scientist to figure that one out, Apple said so), but that they share code is telling of Apple’s long-term strategy, and the strategies of several major players out there (Google, Microsoft, natch).

The jump from what we see in our hands and on our laps and desks and what we will be seeing over the next few years will be immense, and will change what every single person recognizes as a computer.