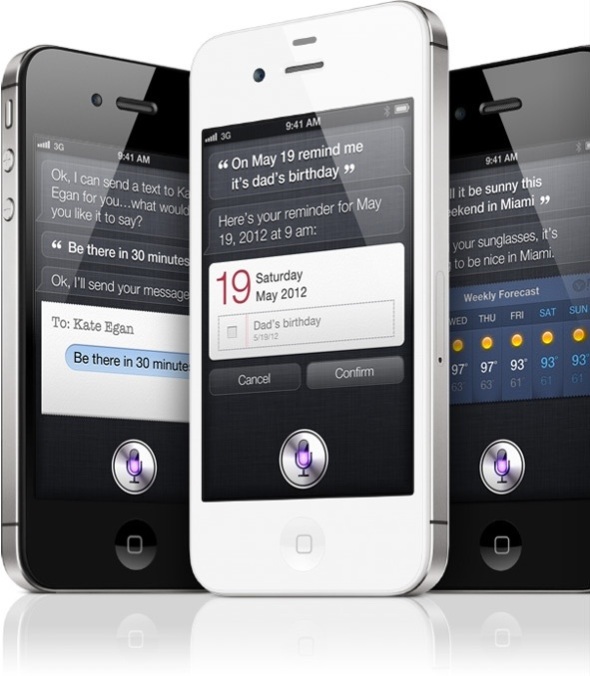 The consumer electronics market is a tough field to navigate. On the one hand, you have amazing, magical devices for sale that have revolutionized industries, on the other, you have devices that aren’t those devices, but look like them, or may behave similarly, or provide an experience that is “not unlike” the real thing.

This is an interesting predicament.

Most people want the real thing. They’ve seen it and held it and talked to it and had a great experience with it. When it comes to price, however, they start to squirm.

“It costs how much?”
“I have to get the contract?”
“But what if I transfer from another carrier?”

So, at some point, people start looking for this thing called “good enough”. Truth be told, it’s a pale shadow of what the real thing is, and it’s really not necessarily all that much cheaper, but it usually is cheaper, which makes people feel like they’re being thrifty and smart by not spending the extra $100 and getting the real thing.

I fell into that trap, too. You feel good about yourself for maybe all of a few days, until you realize you spent a lot of money for something that simply isn’t, well, real. It’s close, it’s almost there, but it’s not. Then you get a week into it, then a month, and soon you realize that this thing you’re using ever single day, something that you’re essentially integrating into part of your life, falls short. You purposely didn’t get the real thing in order to save a little money, but the gap widens as time increases. After a few months, you start to wish you had dropped the extra Benjamin and picked up something that will actually satisfy you, instead of something that leaves you perpetually empty.

One of the interesting trends this year (and highlighted by CES), as pointed out by many websites and commentators, is the rampant Apple-copying taking place. It has now become systemic. Manufacturers left and right are creating products to compete with Apple products that don’t even exist yet. Furthermore, they’re building software to match what Apple has in a way that will undeniably leave consumers saddened and confused.

What will happen when a person buys a rip-off Apple phone with a rip-off Siri voice interface that connects to a rip-off cloud service? They will, inevitably, feel ripped off. They’ll see people who actually considered the long-term cost of their purchase and feel resentful towards them, because they had the chance to buy something real and didn’t.

Take, for instance, this:

The consensus is competing voice control technology demonstrated at CES does not yet outperform Apple’s Siri, but the expectation is companies will continue to invest in the technology and result in great improvements in the years to come. Nuance, which licenses its voice recognition technology to Apple for Siri, said competing smartphones with improved speech technology will arrive in the fall of 2012, or one year after Apple launched the iPhone 4S.

The issue here is that these companies are reacting to Apple’s presence and innovative use of technologies that they may have disregarded for being too clunky. Instead of simply waiting for another company to come along and show them “how it’s done”, however, Apple decided to actually do something. Now that their competitors see how good it can be, they’re scrambling to put something on the market that people will also like.

Now, people are going to start looking around, they’re going to see more of this voice-recognition and voice-control software out there, and they’re going to think “Siri? Who needs Siri? This is just as good as Siri!” Only it won’t be, and they’ll realize that after a few weeks of using it, they paid almost as much as their Apple-toting friends for something that’s not even close to what Siri can provide. Add to that the ability for Apple to continue to improve their software and Siri backend. Do you think Samsung is going to continue to improve their software for free? No, they’re going to include their speech recognition technology as a bullet point on a slideshow, to pay lip service to the consumer, to sucker them in. Then, when it’s time to sell more phones or tablets, include a new version of the speech recognition engine, weather the storm of insults and complaints, and collect money.

Google is updating their search page for iOS (and presumably Android) devices.

The new iOS-optimized search page will feature tabbed browsing and large app icons to allow the user to better distinguish between search results.

That’s great! I’m glad Google is doing that. Now where the hell is their update for Google Voice for iOS? That craptastic app needs a major fix. Sad times for Google Voice, indeed.

One of my recent blog posts detailed the transition from a carrier-centric model of communicating to a user-centric model. This transition has been, for many people, difficult to understand and/or accomplish due to the ingrained carrier model that so many people are programmed to know. There are so many other ways to communicate, and people who embrace rapidly evolving technology will find themselves on the forefront of a new paradigm of that communication. It’s ridiculous that, in our world of super fast mobile broadband, we still pay carriers ridiculous fees for “minutes” that many of us never use.

The thing is, carriers know this. Carriers know that the future of communication looks more like what I’m doing on my own right now, and not like what they’re trying to push on everyone in American with their advertising wars. Sure, iPhones are great, but when your carrier is cutting your neck and hanging you upside-down over a bucket just so you can use the latest and greatest phone, you’ve got a problem. Phones should not have a “privilege tax” associated with them just because they can run apps.

In a recent discussion with a family member, the topic of “outrageous” pricing for data plans was mentioned. The family member in question pays around $40-50 monthly for a regional voice plan that includes far more minutes than he will ever use (obviously long-distance calls are extra). Up until recently, he did not have any means of communicating via SMS, and added on a $5/month messaging package. Recently, he wanted to upgrade his phone to something running the Android operating system so that he could browse the internet from his phone. He was taken aback, however, when the carrier representative told him that this phone required a $30/month data package. He was upset, but for the wrong reason.

This took a little while to sink in. He didn’t quite get what I was saying, so I explained it to him.

Carriers charge their customers for voice airtime “minutes,” which are essentially packets of data that are prioritized over all other forms of communication in their cell towers. Each minute of talk time is like a reservation of the cell tower’s resources, requiring that the cell tower allocates a certain amount of its processing power and bandwidth to handle that single call. SMS messages consume such a tiny, infinitesimally small amount of that bandwidth that they have no impact whatsoever on the network. Other data (e.g. the Internet) is doled out as the cell tower allocates it. Carriers regularly cite all sorts of statistics regarding their mobile data usage, saying that it’s been increasing exponentially, uses more network backhaul than ever before and yadda yadda yadda. The true killer here is voice, and the shift to pure data will happen right under your nose. That being said, carriers will try to mask it all they can in order to charge you an arm and a leg for something that is not inherently different from anything else they offer.

4G, which is this buzzword that all sorts of carriers are throwing around now (some of whom don’t even have a true 4G network), is a data-only service right now. Data. 4G technology gives users more than enough bandwidth to be able to talk and browse the internet simultaneously. Heck, 4G networks have enough power to allow people to simultaneously video chat and and browse the internet simultaneously. I know, I’ve tried it, and they’re fast. A carrier could easily offer just a simple, flat-rate 4G internet plan for…say $40/month. For that, a person could talk, “text,” and browse the internet essentially without being limited by arbitrary caps to minutes, messages, or data consumption. Heck, we could even say $60/month could get you those privileges. “Wow, that’s cheap!” you might say. That’s right, it is, because those plans aren’t accompanied by the all-too-familiar “voice minutes” that we’re used to seeing now. All our voice is data right now, anyway, but carriers simply charge you differently for it.

Now, here’s the kicker. The carriers want to keep swindling you out of your money. They want to keep pulling every last dime they can out of you, and the way things are looking for mobile net neutrality, it looks like they’ll be able to. Recent laws that have been passed by Congress limit the amount of power the FCC has over mobile carriers, which essential allows them to charge you whatever they want for the “services” they offer. With the possible consolidation of T-Mobile under AT&T later this year (or early next year), this puts the American mobile consumer in dangerous territory. Verizon and AT&T will rule the air, and Sprint will carve out a niche (hopefully by offering real value in their services).

Ultimately, the mobile giants will find ways to squeeze extra money out of America by differentiating “voice” and “data.” This is insane, and you shouldn’t stand for it.

My next article will outline a plan to circumvent the impending storm, essentially to sandbag against a possible assault agains the mobile consumer space. This sounds crazy, I know, but it’s already happening. 4G will be the de facto standard very soon, and 5G will start to peek its head out from the horizon. What then? If Verizon and AT&T are doing this now, what will they do in five years? Ten? The future looks bleak, but stay tuned for ways to skirt the whole thing and save a pretty penny in the process.